Cracker of a day to Cambrils

Hot hot hot, lots of sweat and a total ascent of 960 metres, but a day we both enjoyed. There was one dodgy bit of track over the top of an enormous eroded gully; the protective fence was broken so we were a bit nervous scurrying over it. Apart from that a great days walking up high on really beautiful tracks through some gob-smacking remote scenery.

At a road junction we were briefly diverted by an installation depicting a cyclist celebrating the Tour de France which came through in 2010, and a few minutes later enjoyed watching a group of cyclists excitedly taking photos in front of it.

On the next track we overlooked a truly massive valley formed by 2 lines of cliffs. The photo doesn't do justice to the dramatic nature of it.

It was a short day too, ending in a very nice casa called of all things Fonda Casa Nova! Hmmmm. It was bursting at the seams with people having Sunday lunch when we arrived, but as usual we will probably be the only ones here tonight. 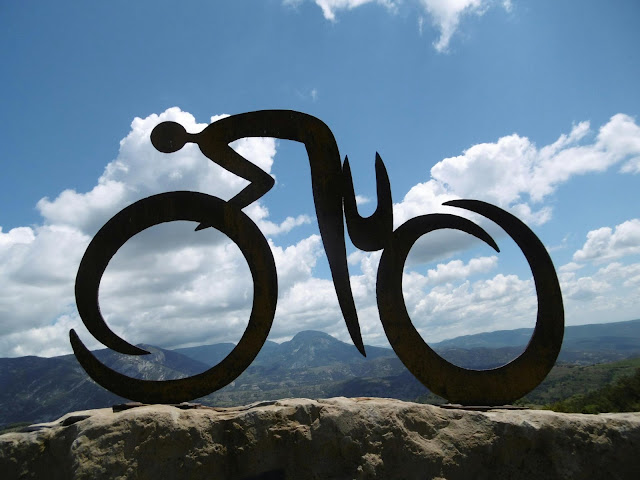 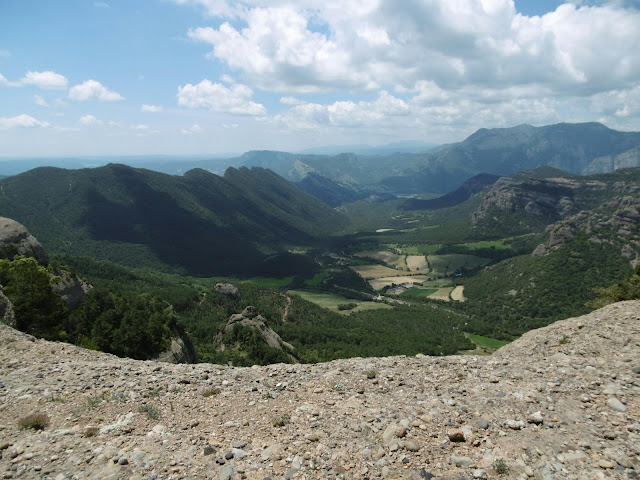 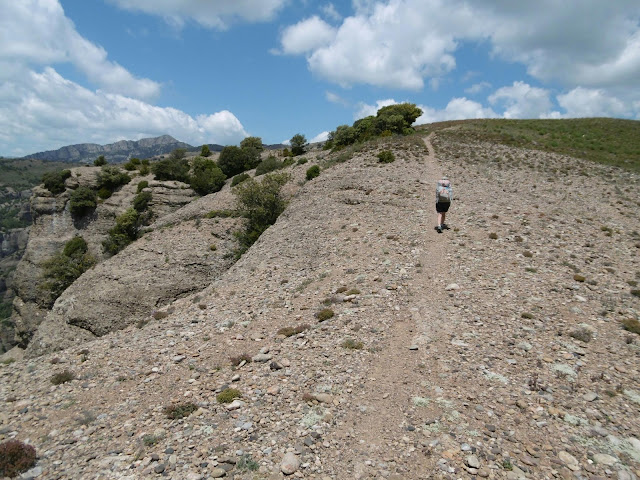