Today was amazing. We cannot believe we managed to walk through the scariest gorge, Congost Ribagoncana, which we had both been dreading. No way I could have done it without wire handholds but when some of the rock bolts were dangling in thin air one was not filled with confidence. The gorge was utterly spectacular and I occasionally opened one eye to look down at the massive vertical drop a foot or so to my right. I took the first photo before we got onto the scariest stuff, then handed the camera to Rob - I knew I would be incapable of further photography!

Later on in the day Rob nearly stepped on a snake. Truly enough excitement for one day. 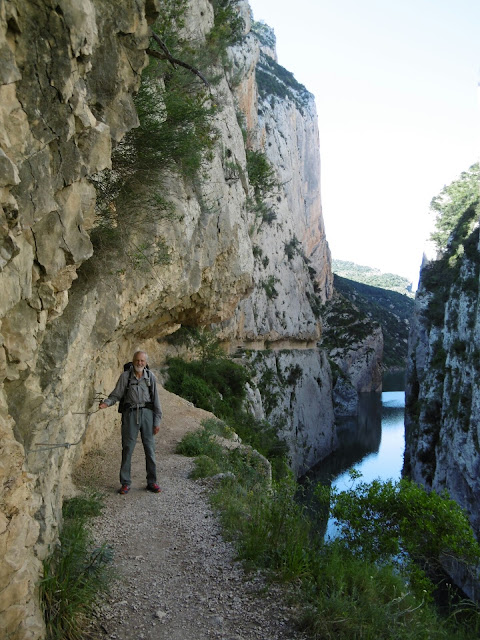 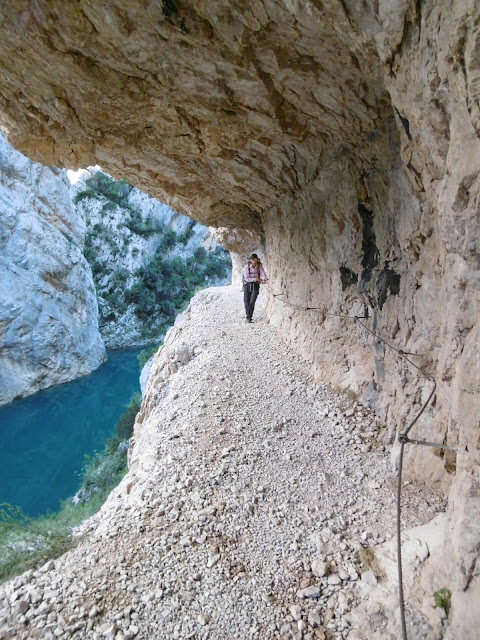 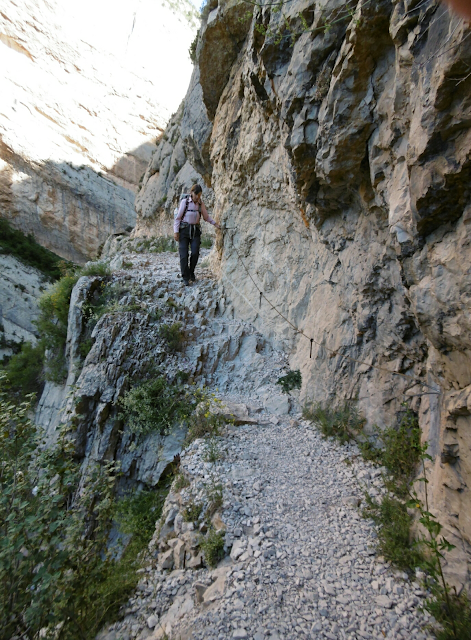 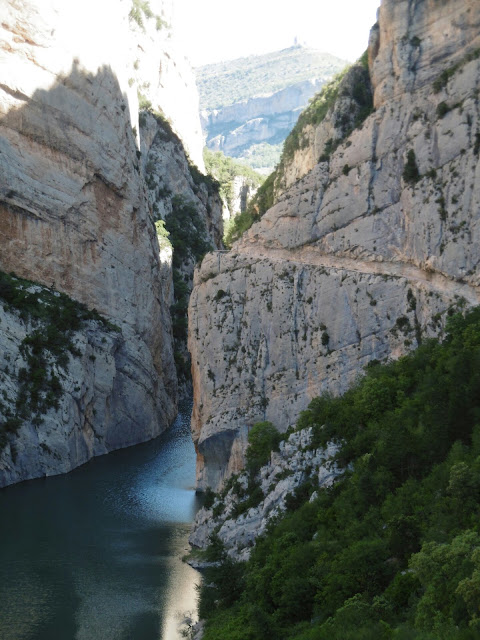